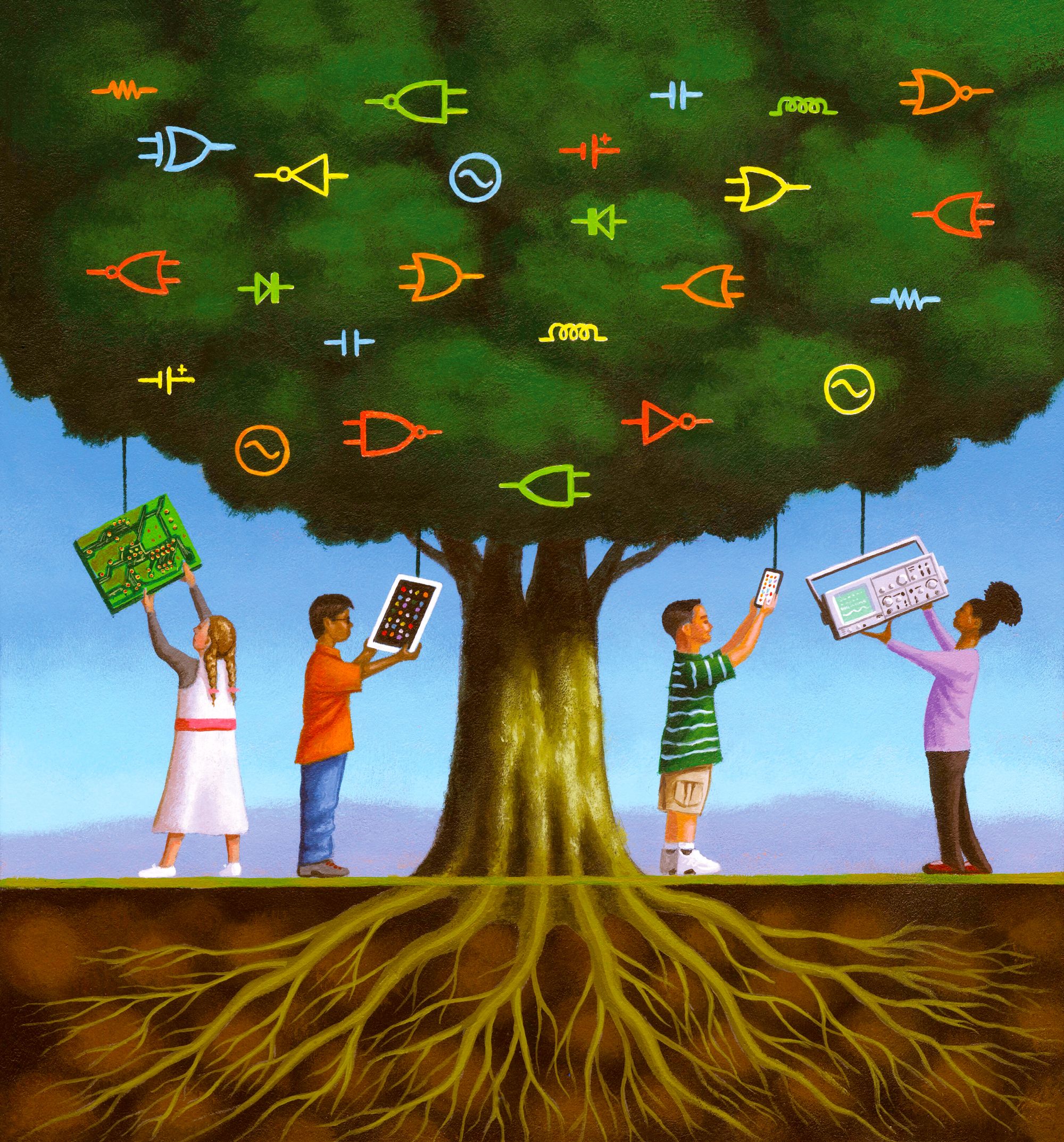 In the early 1900s, scientists were baffled by a horse that could seemingly perform arithmetic. Using his hoof, Clever Hans would tap out answers to simple math problems, and could even tell time and keep track of the days in a calendar. Having ruled out fraud—Clever Hans could answer questions even if his trainer was out of sight—a reporter from The New York Times declared Hans an “expert in numbers” whose abilities were verified by “eminent scientific and military authorities.”

It wasn’t until several years later that a scientist, after conducting several experiments, realized that the animal was able to read nonverbal cues from the audience: facial expressions, eye contact, posture, even the release of a held breath. When a question was asked, Clever Hans was able to tell who in the audience knew the correct answer, and by tapping on the floor, what the correct answer was based on subtle changes in body language. He couldn’t do math—but what he could do was still pretty amazing.

What happened to Clever Hans remains a mystery: He was largely forgotten for decades, until scientists began to study the richness of nonverbal communication.

Clever Hans possessed a skill that’s unusual in a horse but fairly common in a teacher. Whether they see a confused look on a student’s face or a furtive glance that confesses, “I don’t know what we’re doing right now,” teachers effectively read the room to gauge how well their students are following a lesson. A sea of blank stares is a clear signal that the teacher needs to explain a concept further.

“Some people read books. I read people,” writes Vicki Davis, a teacher and IT director in Albany, Georgia. “I read the thousand tiny microexpressions that reveal the little things that make a big difference in our bondedness of being teacher and student.”

In a virtual classroom, much of this information is lost. Does a student look confused because they don’t understand the material or because they can’t figure out how to unmute themselves in Zoom? Is eye contact meaningful when there’s no way to tell if the student is watching funny videos instead? If a student can’t hear the teacher, a simple, “speak up” won’t solve anything unless a few seconds are spent determining the source of the problem.

There are additional limitations to online environments. Teachers can’t pace around the room to glance at student work and check progress. If a student is experiencing network or video lag, they may not feel comfortable asking the teacher to pause while they resolve their technical issues. And there’s little that a teacher can do if students are distracted by their siblings or a TV playing in the background.

Teachers are typically familiar with using student feedback to improve instruction—commonly known as formative assessment. But they tend to focus on how well students understand the material, not how well they can access the material. The distinction is important, according to the authors of a 2019 study, who interviewed eight award-winning instructors of online courses and found that they frequently gathered data on how well their courses were administered “to identify what was working or not.”

“An important element in the development of an award-winning course was the way in which instructors had collected data on the course or engaged with existing evaluation data, reflected on how to improve the course, and made improvements,” explain the authors of the study.

Teachers of high-performing online classes, in other words, read the virtual room and collect feedback not just to gauge how well students understand the subject matter but also to identify any obstacles that may be preventing them from being able to fully participate.

Importantly, the researchers noted that the instructors they interviewed “emphasized their use of data for continuous improvement” as well as their use of surveys as a “helpful feedback tool, and the usefulness of such data for immediate and remedial action, unlike the end-of-semester data.” The researchers cite a 2019 study, among others, to highlight the importance of using ongoing feedback to improve teaching.

Leave your thoughts Click here to cancel the reply 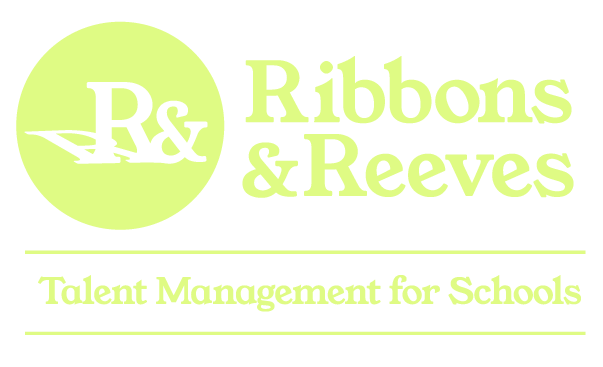 Send to a friend

At the age of 17, Charlie started his career as an apprentice within Education Recruitment in 2015. Starting initially as a Candidate Resourcer, Charlie quickly rose through the ranks and was promoted to Recruitment Consultant within his first year.

Since then, Charlie has had the opportunity to work in partnership with schools across London and Regional areas and in doing so, Charlie has grown a sizable network of schools to work alongside and support.

Charlie is an essential part of the recruitment process for many schools in Central and West London and regional areas too. Through his continuous support, his network of schools are able to recruit experienced staff as well as high-calibre graduates to put through their own Initial Teacher Training programme.

Charlie has an honest, transparent and personal approach which enables him to build strong, long lasting relationships with candidates and clients alike.

If you feel that Charlie could support you with your first or next step within the world of education, head on over to his LinkedIn page to arrange a time to discuss your current situation!

Matt has always held a passion for education. Having long-considered a career as a Primary Teacher himself, he considers himself very fortunate to have spent much of his career to date working in an industry where he can positively enhance educational outcomes from a wider-perspective; through the quality of teaching and support staff that he provides to schools.

Matt has worked in Education Recruitment for the past six years. During this time, he has successfully supported Primary and Secondary Schools across London, East Anglia and the Home Counties with permanent teacher appointments and long-term graduate appointments. In addition, he has been heavily involved in Initial Teacher Training and is particularly invested in supporting school leaders to ‘grow their own’ teaching talent. Matt gets great enjoyment from speaking to ‘future teachers’ and listening to what has inspired them to consider teaching as their future careers. Being able to support these graduates in securing their first school-based role and then seeing their careers progress is incredibly rewarding.

Away from work, Matt loves spending time with his family and he can usually be found either on a long-walk somewhere in the countryside or at home watching Disney films. However, when not watching Moana or Frozen (his daughter’s choice, honest…), he is probably either playing five-a-side football, attempting to play golf or adding to his collection of obscurely flavoured gins.

In a hugely competitive and saturated market, Tom has forged a proven track record of success across his 6 years in Education Recruitment, consistently delivering high-calibre Graduates, Teachers and Leaders to Primary and Secondary schools all across London, earning him several individual accolades along the way.

However, it is perhaps the manner in which he achieves this that stands him out as one of London’s most consistent and respected Recruiters.

Tom believes passionately in offering his schools quality, but perhaps more importantly, value, showing a clear understanding of the need for children to have the best educators in their classrooms, but also acknowledging the financial restraints placed upon London-based schools.

By sticking to his core beliefs – high-quality Candidates, dedicated Client service, and an approachable, solution-based manner – Tom is the first port of call for numerous schools across the Capital, and has even been working closely with several London-based Universities to aid the development of students looking to enter the wonderful world of education at source!

He is also a Father, giving him that extra, personal, incentive to ensure that those he represents to his Client schools are the strongest possible.

Hit Tom’s LinkedIn page for more about his journey and to read various Testimonials from happy Clients!

Jack has worked in education recruitment since 2008, having started his career at Protocol Education. During his time at Protocol, he was one of the most successful Recruitment Consultants and led teams to achieve record levels.

Before starting Ribbons & Reeves, Jack’s last role in another education recruitment business was as Regional Director at EduStaff. He oversaw their operations from their office in London for two and half years before leaving in 2018

In 2019 Jack worked for a year at Frank Recruitment Group, a niche IT recruitment company. Here Jack managed the London Mason Frank team, focusing on Salesforce recruitment. He also launched their Nelson Frank brand into the UK, focussing on ServiceNow recruitment.

“My passion is to support schools in appointing the right staff, allowing them to become the schools greatest asset in pupils education. This is what drives me to be the best I can be and to support my team to deliver the best service to schools and candidates.”

Ben is one of Ribbons & Reeves founding partners, whose work experiences have centred around providing a memorable service. He considers himself to be extremely fortunate having worked alongside many outstanding business leaders and people in operational, strategic and delivery focused roles within SME to Global Enterprise level organisations.

Ben has been an award winning consultant throughout his recruitment career, he boasts one of the largest client portfolios within the Education Sector. One of the many great things about Ben’s approach to recruitment is he listens intently to the needs of the individual and schools he works with, to ensure the best match for both parties. His passion comes from providing a world-class service, he relishes and enjoys interaction with people on all levels and believes in the importance of lifelong learning.

“Learn from your colleagues, take on new challenges and push yourself beyond your comfort zone in order to truly grow”